So You Want to be a Fundraiser?

Gary Bentham has been a fundraiser and funding adviser for over 25 years, in this time he has raised, or worked with others to raise over £20,000,000. He is recognised as one of the leading experts on Grant Making Trusts in the UK. Gary also started the Dorset Community Foundation in 2000 and is now one of our Ambassadors.

I have to start this with WHY? Why would you want to enter a profession and that is what it is, that will give you sleepless nights, blurred vision and an endless round of depression as your funding applications are turned down more often than not.

If you are considering this career option because you need the money, close this page now and go become a mobile phone salesman. Although it is a fact that some Fundraisers can earn good money, the majority will not. You may be considering becoming a consultant, that admired profession that tends to tell you what you already know, but in a language that you do not understand. Whilst consultants have their place and can demand good money, as I write about £500 per day is a reasonable rate for a funding consultant, finding the continuity of work is difficult and you will spend two thirds of your time chasing work, rather than doing it.

There are two main reasons that people become Fundraisers. One is that you believe that you would be good at it and that you have the heartfelt drive to assist those who are at greatest disadvantage, be that people with disabilities or one legged Gerbils. These people are proactive with their commitment to the black art of fundraising and God bless them. The second, and this is more usual, is that you already work for a charity, it is running out of money and you are the only bugger that can string a sentence together that is left in your organisation. You are looking at your Trustees to do something and horror of horrors, they are looking back at you. Usually while dribbling into their cup of Horlicks and rocking slowly to a tune that only they can hear.

The Most Important Job

No doubt, Chairs of Trustees will be turning in their slippers at the suggestion that a Fundraiser should have leapfrogged the hierarchy chain to become the most senior. There continues to this day to be the attitude amongst Charities that it is the job of the Trustees or management to decide on future projects and then hand them to the Fundraiser and ask them to get on with it. To me this is definitely ass around face. How can you decide on what needs funding unless you know what can be funded. For this, you need the trusted Fundraiser who can advise on the likelihood of funding success. Too many times I have been called into organisations whose Trustees have decided to embark on an over ambitious project to develop a £5 million community facility that hasn’t got a snowballs chance in hell of being funded and the local community didn’t ask for it anyway.

What Do Fundraisers Do?

Errr, raise money don’t they? First prize Einstein! However, I prefer to look at us as enablers. We provide the life blood for an organisation. I wholeheartedly agree that the staff and volunteers are one of the most important assets of an organisation, but without the funds for salaries, training and expenses, they would not exist.

Quite frankly, the Fundraiser makes the charity work. Don’t agree? Fine, but try running anything without money and see how far you get. I once knew a charity in Islington who decided that it was morally wrong to Fundraise. Guess what? Yes you’ve got it, they went bust! Not helping anybody now are they?

The Fundraiser provides counsellors for a child who lost both its parents to AIDS. We enable researchers to find a cure for cancer, we find homes for cats dumped on a motorway, and we provide health care for the elderly. 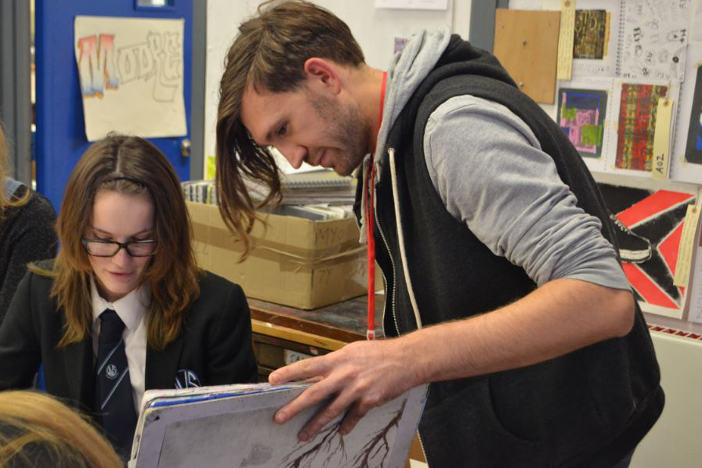 The internationally renowned artist and our Ambassador Stuart Semple led on a mentoring session with Wey Valley School pupils. 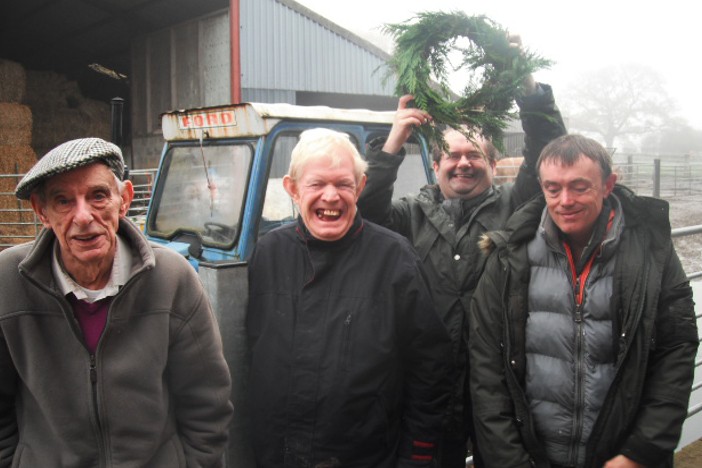 The unusual approach to supporting older people with life changing conditions was featured on Countryfile Dorset.