A COUPLE who fell in love with Dorset set up a charitable fund to support communities there after their death.

Chiropodist Leon Samuels, who practiced in Bournemouth for more than 30 years, died last June aged 86 – 12 years after his wife Doreen lost her battle with cancer at the age of 75. Their will made provision for their estate to launch the Samuels Charitable Fund with Dorset Community Foundation.

It will fund grants for grass roots charities and community groups tackling poverty and disadvantage caused by age, illness, disability or isolation, with priority given to people with cancer, associated conditions or life-limiting illnesses.

The fund will also provide a bursary for a Dorset based student conducting PhD research into cancer or associated conditions.

A family friend said the couple, who were born and met in Wallasey on Merseyside, moved to Dorset through Mr Samuel’s work as a pharmaceutical salesman in 1981 and set up home in West Parley. He had trained as a chiropodist in Liverpool and set up a practice near to their home in the Wirral so he set up his own practice in Wellington Road, Bournemouth.

Mrs Samuels was head of a nursery school on Merseyside and worked as a primary school advisory teacher in Dorset and became a prominent member of the Townswomen’s Guild in the area.

Their friend said the couple, who had no children, were committed to setting up the fund after their  death. “They really loved Dorset and built a nice life there so they wanted to give something back,” she said.

She said the couple first met through dancing and married in 1959. “They fell in love and formed a lively dance partnership, they often performed in public,” she said. 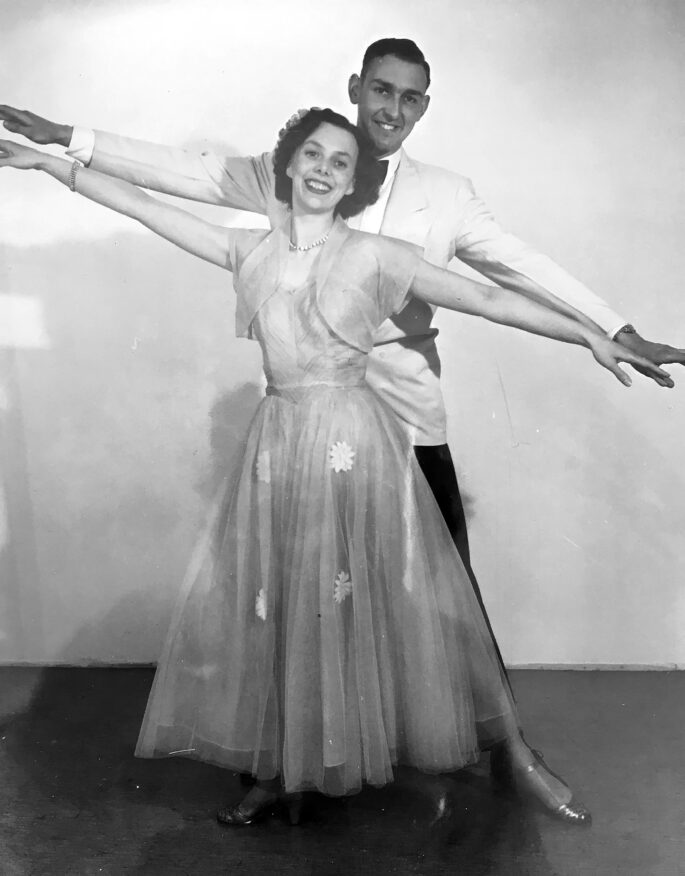 Pictured above: Leon and Doreen Samuels in their dancing days

Mrs Samuels had previously overcome cancer but it later returned and she died in April 2009. Her friend said: “I spent a lot of time with her when I was growing up. She was a lovely, gentle and kind person and really understood children and knew how to get the best out of them.”

After his wife’s death Mr Samuels wrote a book, called Not Only Just Feet, full of anecdotes about his life as a chiropodist. He had started a second book but did not finish it before his death.

“Writing the book gave him a purpose,” said their friend. “Although he was quite a private man he had a real wit. He was also very traditional and dressed smartly for every occasion.

“He was very interested in the medical world through his work as a chiropodist and in the pharmaceutical industry and wanted to support people who had a genuine desire to go into medicine. Both of them had a real connection with the Bournemouth area and were very happy there.”

Dorset Community Foundation director Grant Robson said: “We are incredibly thankful that Leon and Doreen chose to entrust us with their legacy. Their fund will be an enduring resource for community groups and charities working in the area they came to love.

“Funds like this are a wonderful way to allow a family name to live on and support causes that are close to someone’s heart in perpetuity.”