'There is strong evidence that participation in the arts can contribute to community cohesion, reduce social exclusion and isolation, and/or make communities feel safer and stronger' Arts Council.

The Dorset Performing Arts Fund supports artists, groups and projects in the creation and delivery of the performing arts in East Dorset, West Dorset, North Dorset, Purbeck and Weymouth & Portland. The fund supports innovative ideas that represent their audiences and localities, enriching community life and raising aspirations. The fund was set up by local philanthropist Alasdair Warren.

The idea to create the Dorset Performing Arts Fund emerged from a Bridport based community theatre project called “FLEA!” which took place in 2017.

“FLEA!” was a large scale community production that involved a diverse cast and crew of over 200 children and adults, led by a team of local professional artists who were responsible for the management and delivery of the project. The show was funded by ACE and by donations from local philanthropists, the largest of which came from The Bridport Electric Palace, under the ownership of Alasdair Warren.

Inspired by the level of enthusiasm, community engagement and broad-based community benefit which “FLEA!” generated, Alasdair wanted to create a fund to allow other communities across Dorset to also develop, participate in and benefit from similar projects.

Alasdair worked with the team that had been responsible for producing “FLEA!” and with the help of producer Sally Vaughan, community dance practitioner Anna Golding and theatre director Niki McCretton, the scope, purpose and guiding principles for the DPAF were defined.

DCF works closely with the Arts Development Company, who provide expert support for the delivery of the funding programme.

As part of the Dorset Performing Arts Fund, there is also funding available for young Dorset residents with an exceptional talent and future ambitions in performing arts, for more details, please click here. 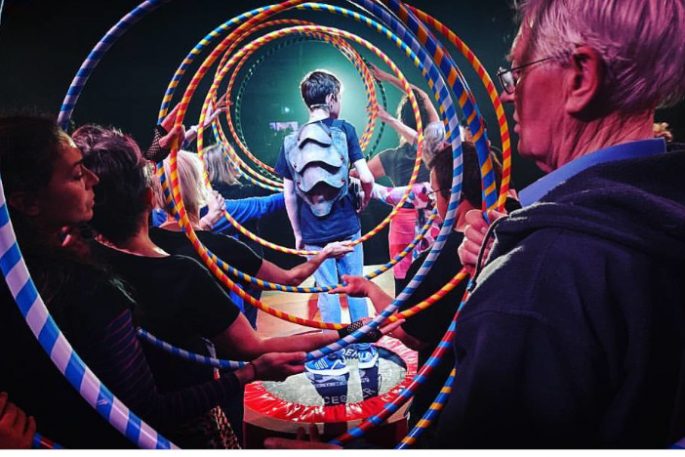 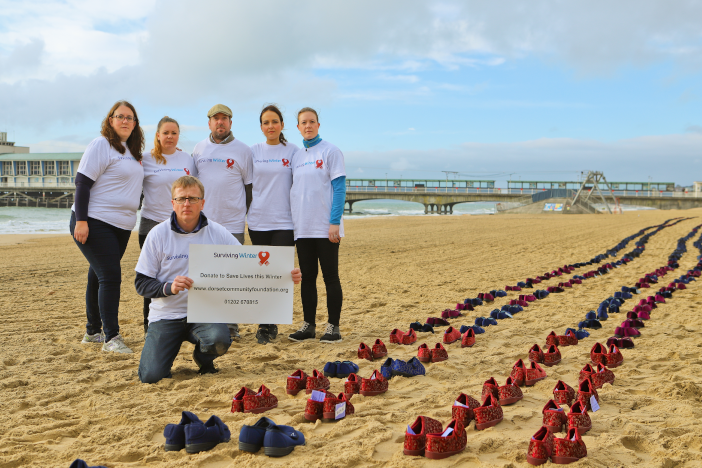 Staff and volunteers laid out out 520 pairs of slippers on Bournemouth Beach, each representing local life sadly lost to the winter cold.