The Graham Burrough Fund for Mental Health was set up via a trust transfer from a closing down charitable trust which supported more than 100 groups over 18 years. The Trust was initially founded in 1998 by Graham’s widow, Pam, both to remember him and in gratitude for the care he received.

The trust was closed down in 2018 and its assets were shared between Somerset Community Foundation and Dorset Community Foundation, to be held as endowment funds. The income from the funds continues to be used to support people with mental health illnesses through our Neighbourhood Fund programme every year. The Graham Burrough Fund for Mental Health has funded many charitable groups within Dorset, who have received grants of up to £5,000 for projects and activities which support people with mental health issues.

Dorset Search and Rescue received a grant from The Graham Burrough Fund for Mental Health, to train volunteer leaders in Trauma Risk Management, enabling them to offer support to their volunteers who have been impacted by their work and the traumatic events they have faced. As an organisation that works alongside the Emergency services, the team of volunteers are frequently faced with potentially traumatic situations at any time, during their searches for vulnerable adults or children. The training that took place, due to the grant they recieved from The Graham Burrough Fund for Mental Health, benefitied the mental health and wellbeing of volunteers within the organisation. It also made way for the creation of a Trauma Risk Incident Management team, providing an invaluable service to support their community of search and rescue technicians.

The Graham Burrough Fund also funded the Water Lily Project, who support and empower vulnerable women in Chrischurch and the surroudningarea. They are using their grant for a variety of personal development workshops to help improve the wellbeing and mental health of their participants. Such workshops range from focusing on changing negative beliefs and building self esteem, to activities such as sewing, painting, cooking, karaoke, and gardening.

The man who inspired the Trust was a Dorset man who was blind for 40 years and tackled his physical and related problems with courage and style.

Graham was born in Bridport in 1931 and was diagnosed diabetic in 1933. One of the first generation to survive on insulin, his life expectancy was just 40 years.

With a boat and an MG, he began to enjoy life. Then his eyesight failed. By 28 he was totally blind. Typically, he met this disaster head on, learned the skills he would need at rehab in Torquay, sold the car, bought a house and acquired a circle of willing helpers, noticeably frequently female!

He became a successful Tax Consultant and a prize-winning wildlife sound recordist, becoming a national winner in 1976. He had a wide network of telephone contacts and a beautiful ‘BBC voice’. He constantly researched people, equipment, ways and means to widen both his business and personal interests; to be “normal” in a sighted world.

By his 50th birthday Graham had achieved not only an ‘extra’ 10 years, but also private and professional success. The toll of his illness, several physical crises, and long years of “working three times as hard just to keep up” (his words), so long kept at bay by a doughty and determined will (and how!) began to distress him mentally.

After several very difficult years, in and out of hospital and with little consistent support, he and his equally exhausted wife found refuge and loving care for him at The Retreat in York. A long way from home, but offering the asylum and total care that he needed and deserved, and the right of every hurt body and mind.

Graham fought on for another 10 years with courage and unforgettable style. He died in York Hospital in October 1997. He was 66 and had truly beaten the odds. 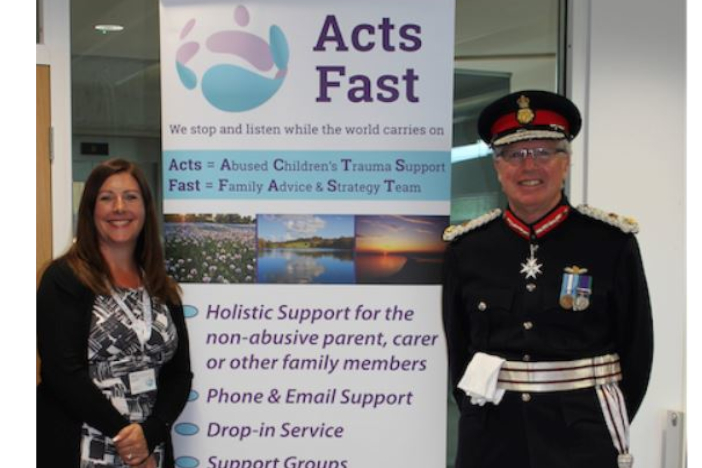 The Graham Burrough Fund for Mental Health, a closing down charitable trust which was transferred to the Foundation last year, has recently made two grants to local projects which support victims of child abuse. 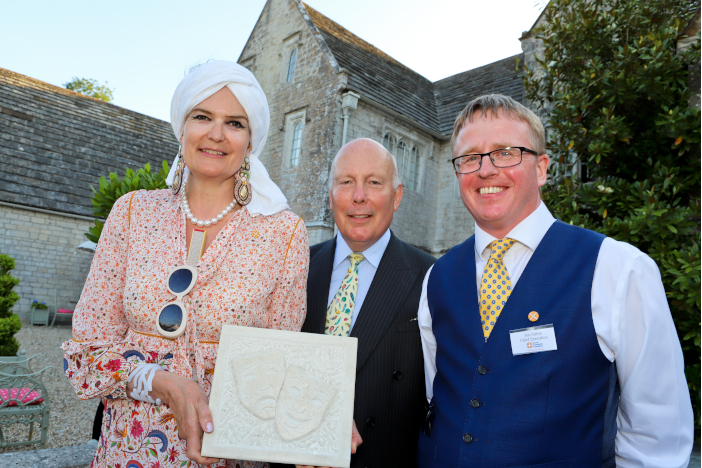 The Graham Burrough Fund for Mental Health was officially launched at our annual celebration event which was held at Lord & Lady Fellowes’ magnificent home Stafford House.