My First Seeing is Believing Visits – All Roads Lead to Hope

I was very pleased that one of my first appointments as the newly declared High Sheriff of Dorset was accompanying Dorset Community Foundation (DCF), one of my chosen charities, at their ‘Seeing is Believing Visit’ to funded projects in Bournemouth.

‘All roads lead to Hope….’ were the parting words of Garth, a self-proclaimed ‘almost octogenarian’ who has dedicated his retirement to supporting vulnerable homeless people as part of Hope Housing.

These words made me reflect on the informative, interesting and humbling experiences I went through in the morning, when staff and supporters from Dorset Community Foundation, a local charity raising funds for those most in need, took me to meet beneficiaries, staff and volunteers of three recently funded groups.

Garth is the current Chairman of Hope Housing and one of the many, many volunteers dedicated to changing the lives of people who have found themselves homeless – because of imprisonment, poor mental health and alcohol or drug misuse amongst other things.

On Mondays you can find him in the bike shed at the back of the house, the first Hope House on St Swithuns Road South in Bournemouth, repairing donated bikes and chatting to Hope residents. The bikes are meant to help with travel to work and appointments and the repairs – well, they are a form of therapy, for both Garth and the residents: ‘I would never dream of asking beneficiaries about their circumstances, but you find as you start working on the bikes together, they open up, amongst chit chatting about other things, about their troubles. I nod along and listen, and some say that this is the best conversation they have had, non-judgemental.’

Garth is not the only driving force behind the amazing initiative. Julie, the Chief Executive and one of the handful of employees, took great pleasure in showing us around the house. It originally belonged to her family and she was very excited to share plans for renovation and expansion.

In fact, it was Julie’s father who started the charity, which is approaching its 10-year anniversary in July. It is not surprising to see the passion and drive behind her eyes, an accountant by trade she explains that addiction, poor mental health and homelessness are just symptoms of much deeper issues.

Hope’s approach to helping is holistic – from offering safe accommodation, wellbeing classes such as yoga and cooking to employment support, they aim to move people into independent living and employment. ‘Wellbeing Alan’, as everybody calls him, is the first point of contact for residents who join Hope and he starts by registering newcomers with a local GP and dentist before offering them opportunities to join the football club, yoga classes, gym sessions or the cookery club.

A recent grant from the Foundation will support the salary of an existing member of staff, whilst another fellow visitor as part of the tour, who I later found out has a family charitable fund with DCF, has also supported Hope’s purchase of three computers – so that residents can look for employment opportunities and re-connect with family online.

Earlier in the day Dorset Community Foundation staff and supporters also accompanied me to a visit to Double Act Disability Theatre – they were also recently supported by a private fund holder with DCF.

The performances of people with different disabilities, who meet every week at the Bridge at Littledown Centre, were endearing, energetic and creative! The small volunteer charity, which runs on less than £2,500 per year, does an amazing job of giving the participants complete creative freedom when it comes to performances.

Dave, the Chair, explains that you can always find a bit of Shakespeare in their productions, although all being patchwork. Some of the team members also write short sketches and music themselves.

Shayne, one of the members who later tells me has been attending the group for many, many years, pops in to explain that he is also a Poet Laureate.

We wrap up the visit with a group picture after a quick chat over a cup of tea. James, the Greatest Showman’s biggest fan, wants to be at the front with the cane and the signature hat. The brilliant solo performance by him, which we witnessed earlier, has taken many hours to rehearse – as part of these sessions and at home – ‘Youtube is great as you can see all the Hugh Jackman moves’ he elaborates.

The morning started with a visit to West Howe Community Enterprises. Hope Housing help the homeless, Double Act provides creative drama and signing sessions for people with disabilities, but how does a small charity help a group of residents with different needs?

Diane, the manager of the charity and a beneficiary of a project DCF funded a decade ago, which encouraged volunteering and entrepreneurial skills, explains that West Howe is the 4th biggest council estate in the UK with over 10,000 residents and it has multiple, complex issues such as high levels of unemployment, low educational attainment amongst residents and high levels of anti-social behaviour.

Sat in the Wellbeing Café, which opens three mornings a week, with English language sessions going on next door, Diane explains how everything the charity does from the community shop, to the café and other initiatives is driven by local residents – after all they are the people who deal with the complex issues every day. Last year the charity supported over 700 people, this year they want to support more.

Inspired by Andrew Mawson’s vision of making communities work and the Bromley by Bow model he set up, a pioneering charity that combines an extensive neighbourhood outreach with community asset building, Diane has many more plans for expansion. Supported by BCP’s Community Worker Martha, they are planning to soon engage with lonely residents of a nearby block of flats and in the summer, they will set up a tent in the nearly park to engage passers by – the opposite of a ‘build it and they will come’ approach.

Diane is a prime example of a community or social entrepreneur – trying not only to build projects that engage local residents, but also such that can be self-sustaining. Her enthusiasm and optimism are slightly dampened when she starts talking about how much harder it has become to access grant funding, but I have no doubt that she will find a way, with her fighting spirit and vision for a thriving local community, to succeed.

The ‘Seeing is Believing Visits’ and my wider contact with the local charitable sector affirmed my understanding and belief that we live in wonderful county that is not without its problems. However, people like Garth, Jane, Alan, Dave, Diane and Martha as well as the thousands of selfless volunteers and charity workers across the county make it better for all of us.

‘Community’ comes from two Latin words – com and munos, which literally translates to ‘together in gift’ and what wonderful gifts to our county and residents these inspiring initiatives are! 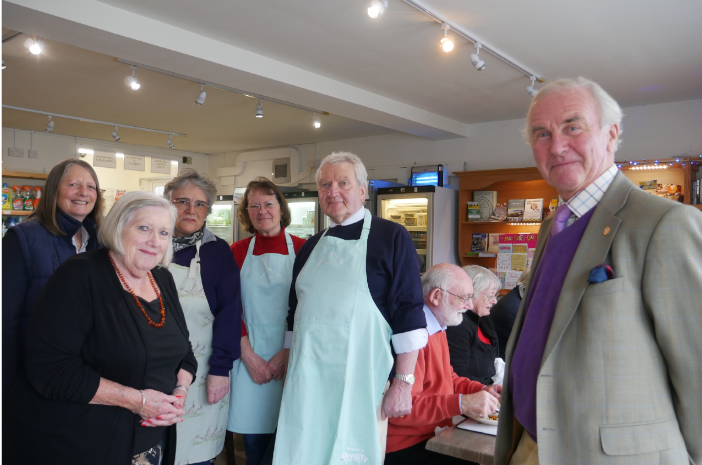 Thorncombe Village Shop Association is the first recipient of a grant from the Kitson & Trotman Fund, which was set up to help community projects in West Dorset. 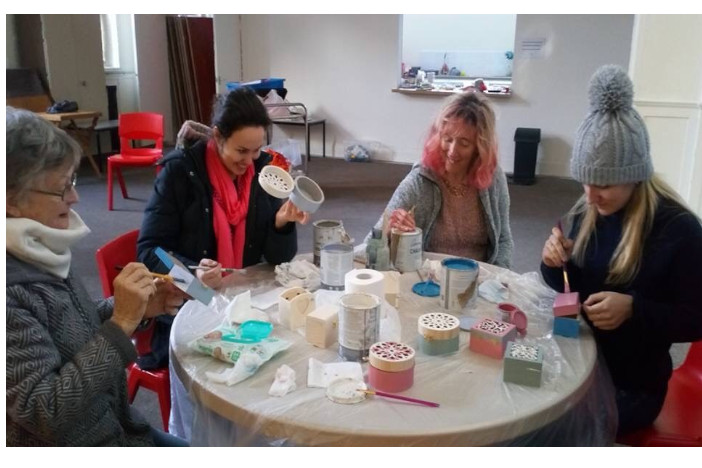 The Foundation Helps Deliver £3.4 Million of National Funding to Women and Girls Projects . 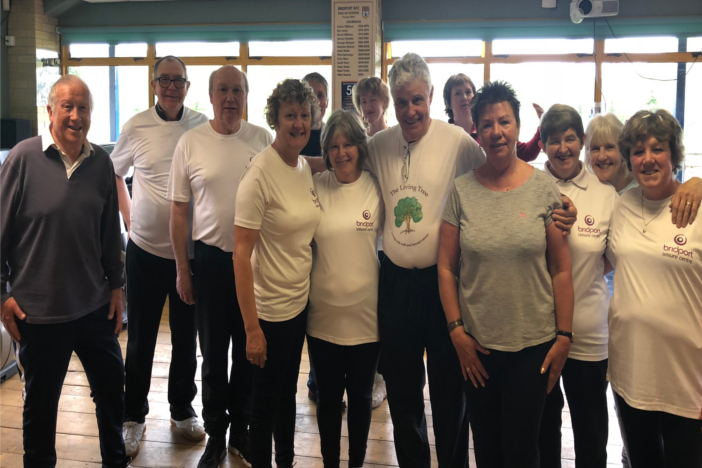 The Living Tree self-help cancer support group was set up in October 2012 to offer support to all people living with and beyond cancer in Bridport and the surrounding villages. 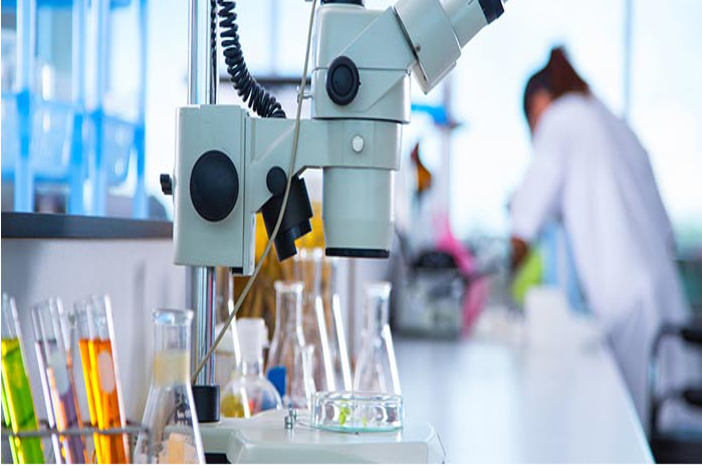 Research shows that 60% of girls aged 12 are put off studying STEM subjects because they think they are 'too difficult to learn', while 47% thought they were a better match for boys' brains and personalities.