The Foundation Takes Supporters on ‘Seeing is Believing’ Visits

Trustees and Ambassadors of the Foundation witnessed first-hand our great work during the latest ‘Seeing is Believing’ visits.

Our supporters had an opportunity to meet the beneficiaries and organisers of three projects which benefitted from funding from DCF – Hope 2 Cycle, The Bus Stop Club and Strictly Come Tea Dancing.

Susan Sunderland, project manager of The Bus Stop Club – a support group for disadvantaged residents from the Heatherlands/Tricketts Cross area explained: ‘A grant from the Foundation gave us a head start 10 years ago and we are so happy that we still receive regular support. The area is really disadvantaged and local residents need a lot of support – some parents have to walk four miles per day to get their kids to school as they cannot afford the bus fare’.

Neil from Hope 2 Cycle, a social enterprise where volunteers with mental health issues learn a new skill by revamping donated bikes, explained to Trustees and Ambassadors about the great project and how funding from the Foundation helped the group employ a part-time support worker.

The ‘Seeing is Believing’ tour finished in Wimborne where supporters joined a tea dancing initiative for people of all abilities and ages called Strictly Come Tea Dancing. The group which meets at the first Wednesday of every month at the Allendale centre is ran by two volunteers – Margaret and Brian. Brian, 94 welcomed Foundation’s Trustees and Ambassadors with a rendition on his cornet followed by a heart-warming speech explaining that:’ If it was not for the funding we get though the Foundation we would all probably be sitting at home thinking – I don’t get out as much as I used to!’.

The Foundation works to raise donations and apply these to support the smaller charities, community groups and individuals in need across the county. Since its inception 16 years ago we have raised over £10 million in funding. Kate Adie OBE DL, the current High Sherriff Sir Philip Williams Bt JP DL and The Lady Fellowes of West Stafford LVO are some of our Ambassadors.

Read more about ways to give through the Foundation here.

Our Trustee and Chair of the Grants and Impact Committee Jonathan Greenwood wrote a blog post about the recent visits, to read it please click here. 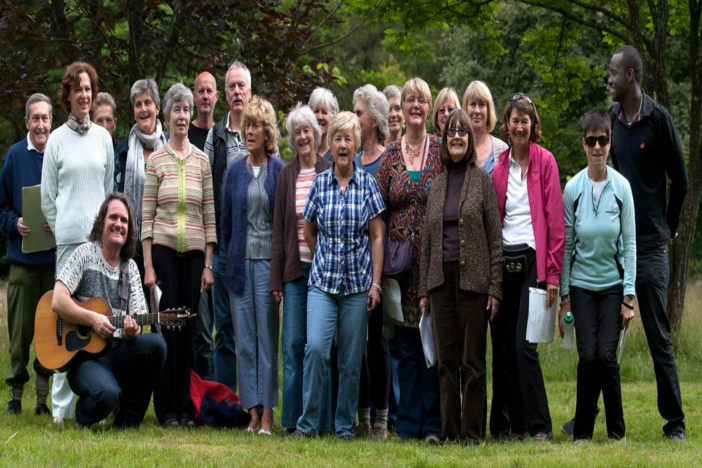 Charities and community groups share tips regarding successful design and delivery of projects funded by the Dorset County Council Fund. 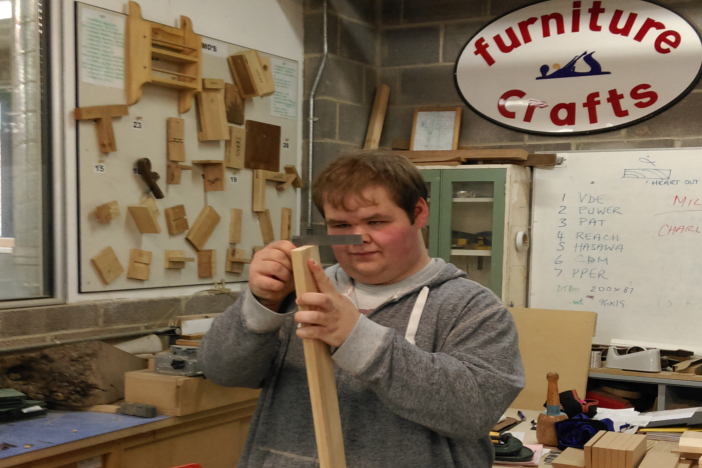 Our Bursaries Support 30 Disadvantaged Young People in Education and Training .

Our DCF Bursary Scheme is supporting the future workforce of Dorset.